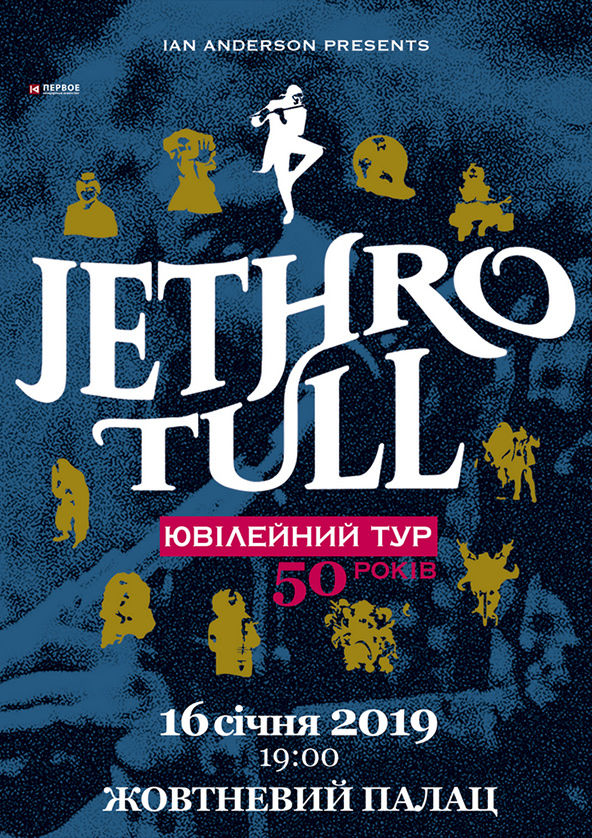 Jethro Tull 50 years on stage: in 2017 the band went on a grand tour around the world celebrating the 50th anniversary of Jethro Tull on stage! To date, they have recorded more than 43 albums, 5 of which have received platinum status, 11 - gold, but in the world, more than 60 million copies of group albums have been sold. Jubilee concert in the Ukrainian capital will be held January 16 in International Center for Culture and Arts "October".